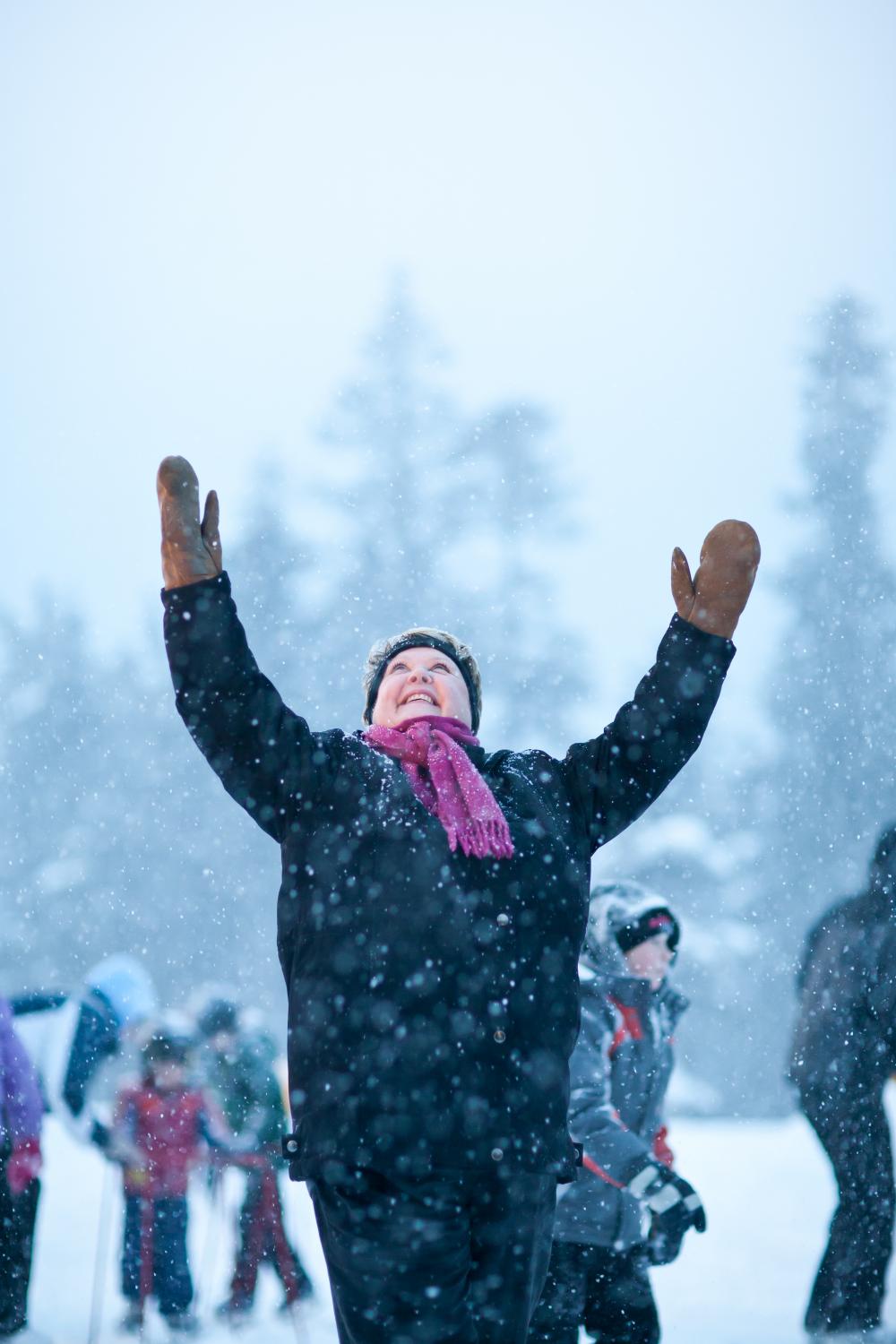 Some images stay with you for a long time. Figure skating fans of a certain age will always remember the World Figure Skating Championships of 1973 in Czechoslovakia, when a young 21-year-old from North Vancouver captivated the world with her smile, and won gold with a flawless performance.

Karen Magnussen’s skating career is the stuff of legend. In 1968, she had to withdraw from competition because of stress fractures in both legs. After a stint in a wheelchair, she fought her way back to the podium, and became Canadian champion five times. She was fourth in the 1970 World Championships, third in 1971, second in 1972, took silver in the 1972 Winter Olympics, and was first in the 1973 Worlds (no Canadian woman has won a world title since).

Magnussen’s strength and talent were recognized by inductions into the Canadian Sport Hall of Fame, the Canadian Olympic Hall of Fame, the British Columbia Sports Hall of Fame and the Figure Skating Hall of Fame. She was Canada’s Female Athlete of the Year in 1971 and 1972. In 1973 she was made an Officer of the Order of Canada. After her win at the Worlds, Magnussen had a successful career in professional skating.

That’s the reason why Magnussen and many of her young athletes are at the top of Grouse Mountain this evening. They are offering free skating lessons, workshops, and a half-hour show. They’ve done this for four years in a row, in all kinds of weather.

While she may not be doing double Axels on the ice anymore, Magnussen’s indomitable spirit and her broad smile are still there. She’ll need both tonight. It’s a blizzard. The wind blows hard, and it’s snowing sideways. Dozens of skaters mill about as a group of Grouse employees frantically tries to clear the rink of snow. But it covers over again as soon as they stop shoveling.

“What a day. Oh my gosh. You never know what the conditions will be like,” says Magnussen, surveying the scene. “This is our fourth year of doing this and every year it’s different. It’s nice that the mountain has partnered with us …. We do the lessons, we do a little show, and Grouse gives the skate rentals on that day to our foundation.”

Though most of her career was spent (and her medals won) in solo competition, Magnussen knows the value of a good partner.

In 1973, her mother started a fund at Vancouver Foundation. Since that time, the Karen Magnussen Foundation has grown steadily. The original capital stays intact, and Magnussen spends the income earned. Since 1973, she has given out almost $500,000 in scholarships to young skaters.

“The income from that fund every year enables us to give 10 or 12 kids a scholarship. They get $750-$1,000,” says Magnussen. “That helps with choreography, with skates, with ice time. The fund is helping BC skaters. It benefits all of us and the Foundation has just been fantastic.”

Some of the teenaged skaters now on the ice have received scholarships from the Magnussen fund. Four of them will compete at Nationals this year.

Dozens of young children lurch, glide and stumble around the rink, waiting. Parents anxiously hover around their budding Olympians, (some bundled up like Michelin babies or snow-suited sumo wrestlers).  They don’t have to wait long. Magnussen gathers her brood of young instructors, blows on her freezing fingers, jams them into mitts, tightens her hood, and glides onto the ice.

Another gust of wind, a swirl of snowflakes, and the lesson begins. The “North Shore girl” is at the centre of a snow globe, picture-postcard ice rink high above the city. She is once again passing on the skills she has learned in a lifetime of figure skating … it’s another unforgettable image.