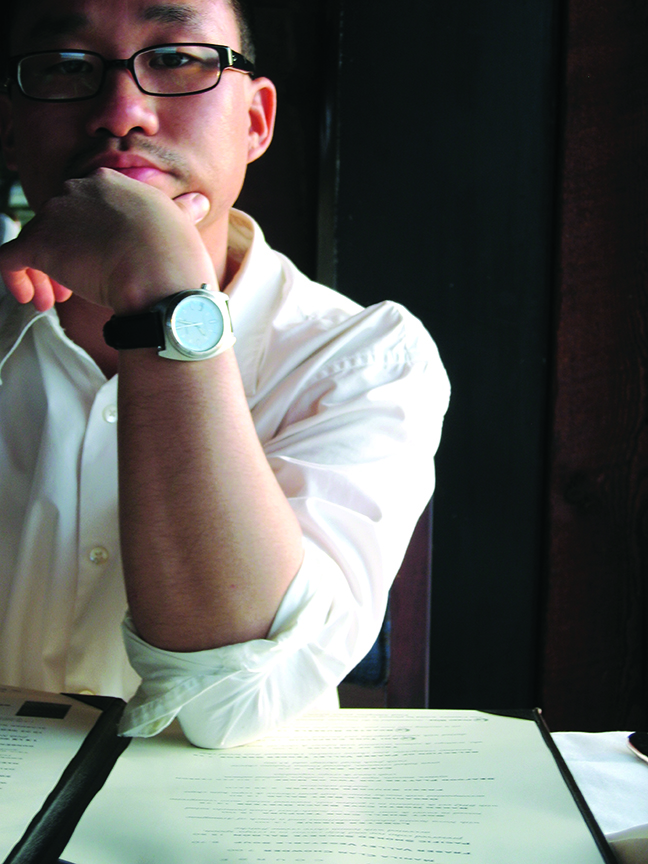 A spark of genius

A fine attention to detail
Sue Bell, an advertising producer in Vancouver with DDB Canada, was rushing out the door to her colleague James Lee’s funeral when she saw it: a single, beautiful, white peony the size of a volleyball.

For ten years, it had never blossomed, and now here it was. Somehow this seemed like something James would do. James, who could always think of something just a little bit different. James, who put so much care into the garden when he looked after her place while she was away.

“It was absolutely massive,” Sue recalls. “The fact that it was white was no mistake. James loved the classic black and white look.”

The power of authenticity
On May 6, 2007, James Lee suddenly succumbed to a rare heart defect, something he didn’t even know he had. He was 37 years old, a creative superstar in the world of advertising, a mentor to many, and in his brother Stephen Lee’s words: “best friends with everyone.”

A part of James Lee lives on: his rare gift of encouraging others to push the boundaries of creativity and find their voice.

Out of this loss, an idea began to grow — a groundswell of ad types, family and friends wanting to commemorate James in a way that would endure. Together they founded the James Lee Foundation, with the goal of providing a financial award to help aspiring creative minds realize their true potential, as James did.

His humility was such that when his parents came to pack up his things after he died they found box after box of awards stored away, gathering dust.

Nearly two years after his death, he was still on Strategy Magazine’s top 20 list of writers, purely on the resonance of his work.

For example: a Finesse ad that discarded the traditional swoosh of flowing tresses in favour of portraying women’s hair through the eyes of their otherwise somewhat-clueless men. For BC Dairy: walking heads on feet, without the bodies; and a caveman getting devoured by raptors for making poor dietary choices like soda pop.

“It just goes to show you sort of have to try everything to find out what you are really good at,” says Stephen Lee, who describes the copywriting program at Humber College in Toronto as a real turning point for James. “He had no background in advertising, but it quickly became clear he was really amazing at it…”

A thoughtful gesture
People seeking to break into the business often came to James, says his office mate at DDB Canada, Dean Lee.

For example, Paul Little, who landed his first advertising job at DDB Canada, recalls: “From day one, James helped me out. He was a mentor for me and a huge reason why I was able to continue and be somewhat successful in this business.”

They all became close friends, almost like family. Paul says, “He was always an open door, always had time, was able to read your work and give helpful ideas. And it was always done with laughter. He just wanted to make everyone’s work better.”

And he’d never stop pushing. Sue Bell recalls late night calls that required her to pull rabbits out a hat, but always made the work better. For example, at 10 p.m. the night before a 6 a.m. shoot – “‘Sue Bell. James Lee here. Listen, I was thinking about this spot tomorrow. I think we need an ambulance and an ambulance driver…’”

After a tough day on an overseas shoot, Sue heard a quiet tapping at her door. It was James with ice cream. “James was incredibly demanding when it came to work, but he always made these thoughtful little gestures…”

When everyone comes together
In a year after its creation, the James Lee Foundation has received nearly $150,000 in donations.

The initial contributions came from the founders — James’ employer DDB Canada, the advertising agencies Rethink, Lowe Roche TBWA and Grip Limited, his friends and competitors, the Advertising Agency Association of BC, and his family.

They sought professional advice in setting up the fund. Dean Lee recalls, “Mr. Lee, James’ father, wanted to make sure that whatever was done, was done with the utmost class and it was going to be something that was going to last and stick around. Knowing that Vancouver Foundation has a great reputation was what made us want to work with them.” The low administration fee also meant more money would go to the recipient.

The fund kept growing as many people (even some of James’ clients) made donations.

His brother Stephen says: “It’s a real measure of his contribution that so many people were interested in participating. You really don’t expect that. I was really overwhelmed by it.”

All this meant the fund has been able to provide awards worth approximately $4,000 a year, starting in 2008. For 2009, it went to Robyn Shesterniak, who was working at a coffee shop to make ends meet while studying graphic design at the University of Manitoba.

When Dean Lee called Robyn to tell her she won the scholarship, she said, “Thank you, thank you, and thank you again to the Lee family and everyone involved with the Foundation. It’s an honour to be chosen, not to mention that it’s incredibly appreciated. I apologize that I’m not very articulate as I’m still in a bit of shock about it all, so the best string of words I can put together is that this is incredibly kind of all of you. Thank you so much; I’ll put it to good use.”

She says the award will allow her to keep her mind on the most important things – learning, growing, and staying creative – values that James lived by.

Something to hold on to
James was someone who was brave, authentic, curious, and incredibly funny. Someone who dared to be different, dared to push hard. Someone who reached out to his younger colleagues and someone who died far too young.

Everyone agrees James probably wouldn’t like the attention in his name, all the fuss. But it’s easy to think that he might appreciate how his ideals are still touching others.

Thanks to the will of his colleagues and competitors, his friends and his family, the James Lee Foundation continues to do as James did, helping others realize their authentic creative potential, and shine.

For more information about the James Lee Foundation visit www.jamesleefoundation.com or contact Peter Jackman at Vancouver Foundation: peterj@vancouverfoundation.ca or 604.629.5357.