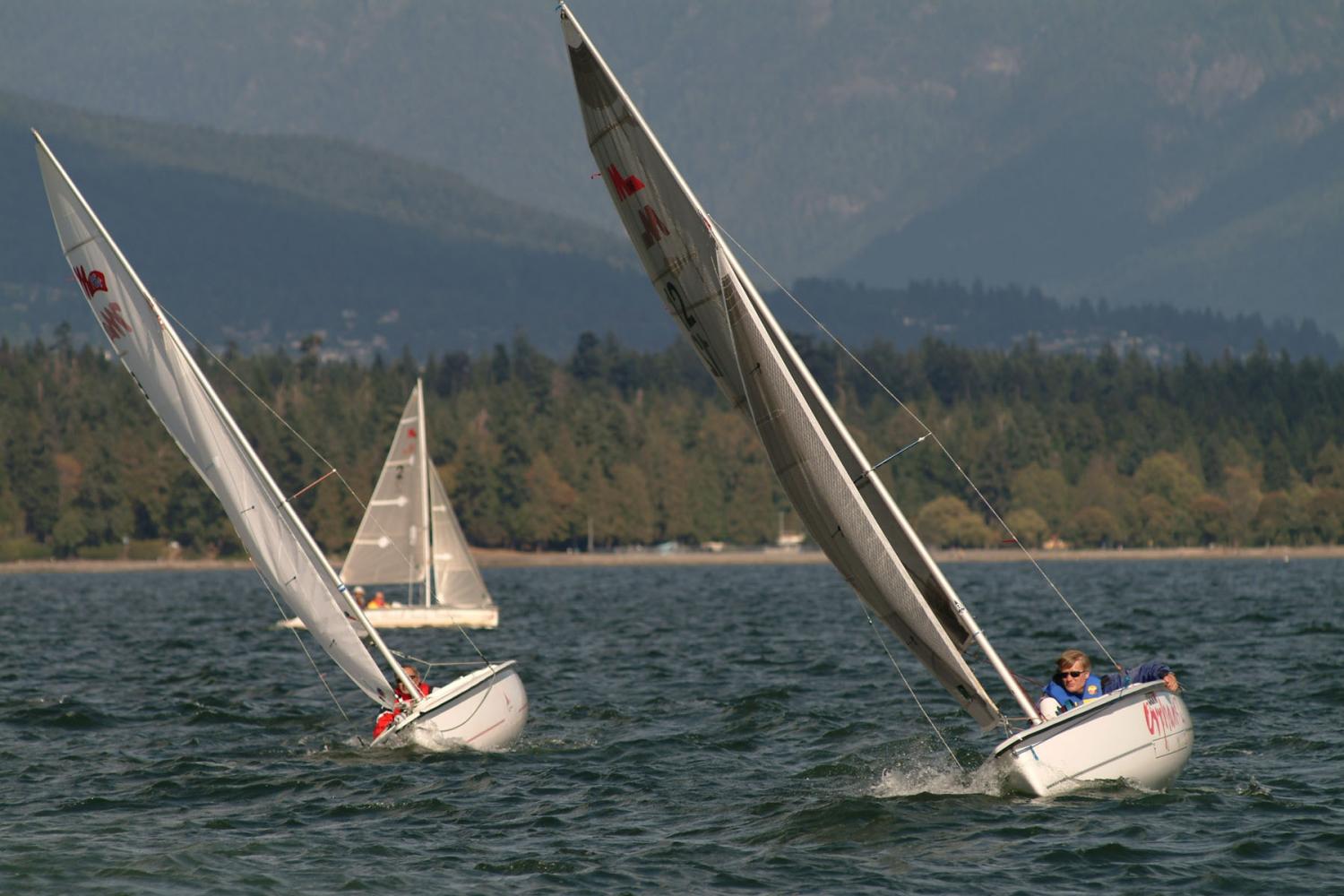 Catching a ride on the Martin 16

Sam Sullivan remembers a very kind gentleman who once offered him and some other people with disabilities the chance to go sailing. When they got to the dock, the people that had some difficulties walking hopped on the boat. Those who had strong arms leapfrogged on.

“Me and this other fellow who were quadriplegics just kind of sat there thinking, ‘Omigod, what are we gonna do?’ There was really no way for us to get into the boat. So we just left.”

It became clear to Sullivan (best known as the former mayor of Vancouver) that: “People with severe disabilities get left out. It’s easier and cheaper to create programs for people with less significant disabilities. And yet half of all spinal injuries result in quadriplegia. The average age of injury is 19. They’re often really active people who miss being involved and being able to fulfill their life goals.”

From sailing to gardening to hiking and gliding, from playing a musical instrument to whatever else an individual aspires to do – the Sam Sullivan Disability Foundation is about making that happen, as well as the social connections and networks that form while participating in these fun activities.

The Martin 16, a sailboat that Sullivan developed in 1995 along with local yacht designer Don Martin, is the epitome of what the Disability Foundation stands for: it’s a boat for everyone. A person with any level of disability can sail the untippable, unsinkable boat, even quadriplegics, who can use a “sip and puff” mechanism – sipping and blowing out of a straw attached to an electronic interface – that controls the boat’s sails and rudder.

The controls are tactically placed as far away from the passengers as possible. “Whenever you get in the boat with able-bodied people, they always take over the boat,” Sullivan says. “I wanted to put the able-bodied person far enough from the controls that they couldn’t get their sticky fingers on them and try to run the place. If I go out sailing with an able-bodied person, I’m the one that’s taking them for a ride.”

Sullivan says many times people came to him after sailing, saying they had been on the brink of suicide and now they are excited about life again, and that many parents came to him saying sailing has revolutionized their child’s life.

“Once people are out sailing – a person who has become seriously disabled and there they are sailing – they often will say, ‘What else can I do that I didn’t think I could do?’”

Because the Disability Foundation believed there was a need for a boat like the Martin 16, they contracted an Ontario plant to manufacture the boat. In the 10 years before the plant burned down in June 2006, it sold 135 boats with gross revenue of approximately $3 million. Since then, the boat has been in limbo.

Now the Martin 16 has come back to BC, reincarnated as a social enterprise – Martin 16 Sailing Inc. Boat sales will fund the Disabled Sailing Association of BC, which provides sailing at a nominal price to its members around the province with a fleet of eight boats at Jericho Sailing Centre in Vancouver, and branches in Victoria, Chemainus and Kelowna.

“With funding getting more difficult to find in this tough economy, it has been a saving grace for us to be able to generate our own revenue. Like the saying goes, ‘You give a man a fish and he eats for one day. You teach him how to fish and he eats for a lifetime,’” says Duane Geddes, who took over as Executive Director when Sullivan left to run for mayor.

The Foundation has been selling another Sullivan invention, the TrailRider, created with volunteer expertise from engineer Paul Cermak. A wilderness access device that enables high-level quadriplegics and others with significant disabilities to go hiking with the help of a couple of friends (even tough trails like the Grouse Grind), the TrailRider was originally supported by Vancouver Foundation donors in 2001 with a grant of $30,000. Over the years, TrailRider projects have received nearly $50,000 more from Vancouver Foundation donors.

Vancouver Foundation donors also helped fund some of the very first sailboats acquired by the Disabled Sailing Association of BC with a $17,700 grant in 1990, and have given nearly $40,000 for equipment and children’s events over the years.

The relationship is reciprocal. The Sam Sullivan Disability Foundation established two funds at Vancouver Foundation, which Geddes describes as “very reliable and very dependable, not only in the management but in the stewardship of our funds.”

For Sullivan, the deciding factor was the people: “You have these really knowledgeable people who can give advice and support. That’s why we wanted to be affiliated with Vancouver Foundation.”

Since Vancouver Foundation supported the first TrailRider, the invention has taken on a life of its own.

“Over the past few years, we used TrailRider sales to generate about 30 per cent of our annual operating funds for our hiking organization, BC Mobility Opportunities Society,” says Geddes.

As for Martin 16 Sailing Inc., the first boats rolled off the shipyard at Platinum Marine Services in Richmond in the summer of 2009. For next year, they plan to work with a Kelowna boat manufacturer. Their plans extend beyond boats to sails, boat covers, trailers, launch dollies and parts.

“The Disabled Sailing Association has led to 20 similar sailing programs in North America, and several more around the world,” says Sam. “We go out and promote disabled sailing around the world. Why not have the Disabled Sailing Association get some of the benefits? Everything we make from the Martin 16 goes back into getting more people involved with disabled sailing.”