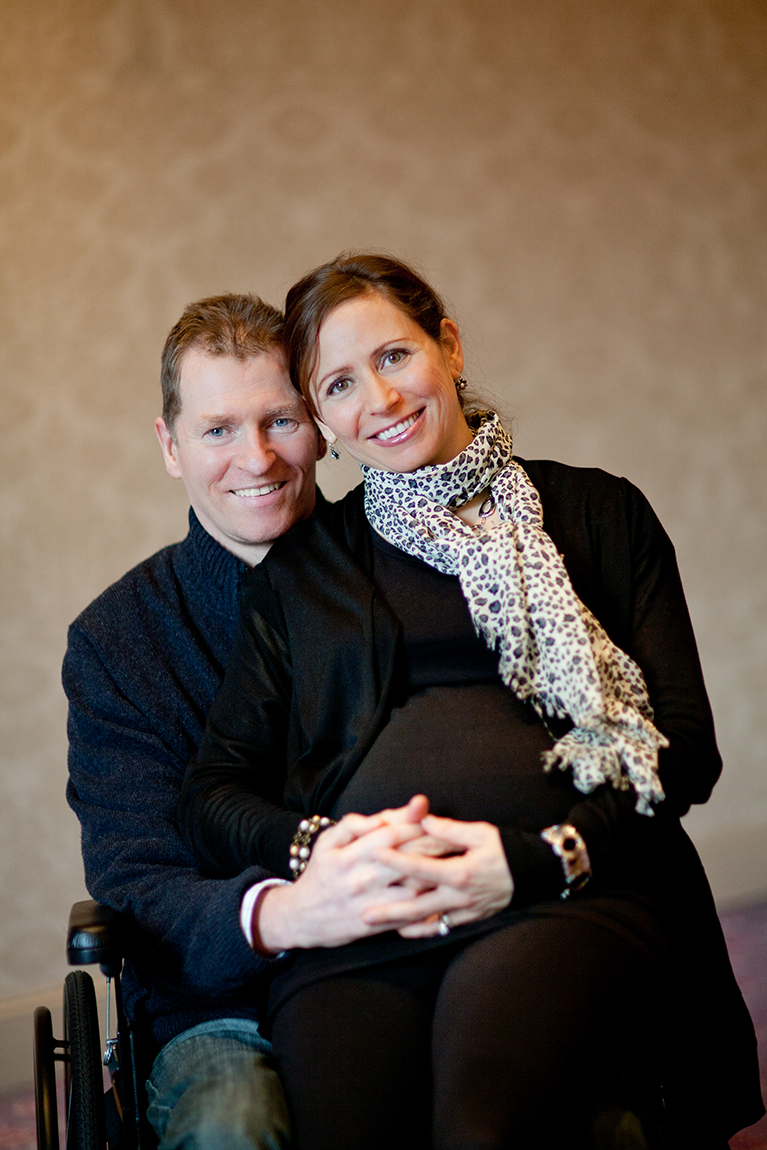 January 15, 2006: a Sunday in the dead of winter. But for Canadian soldier Captain Trevor Greene this was a winter day like nothing he had experienced before. Rather than cold winds and blankets of white snow, the winter he stepped into was blazing hot and dusty – a monochromatic landscape of brown.

The 41-year-old had just arrived in Afghanistan, stepping off the plane at the Kandahar air base and straight into a barn-sized, corrugated-metal building with holes in the roof from rocket- propelled grenades. He was attending his first briefing.

“It felt like walking into a sauna, but with lots of dust,” Greene recalls.

Despite the hostile surroundings, the need to wear hot, protective gear and lugging around heavy weapons, Greene was enthusiastic about his mission. He had come not to fight, but to help Afghans rebuild – one village at a time. A former journalist, Greene was fulfill- ing a lifelong dream to do humanitarian work with the armed forces.

He  would be forced to  leave Afghanistan a mere 48 days later – his brain split in half by an axe – unconscious, clinging to life and seemingly defeated, his mission cut short.

Six years later, I’m perched at a dining room table in a modern, tidy little house outside Nanaimo. Greene is good-looking, fit and alert. Debbie, his pretty wife with a megawatt smile, is running errands and popping in and out of the conversation while their daughter Grace gets ready for ballet lessons.

I’ve read the many newspaper articles and watched the documentaries about what happened to Greene on his last day in Afghanistan. It’s a story familiar to many Canadians.

It was March 4, 2006, and Greene and his platoon were meeting with village elders. It was their third meeting that day, although this one was not planned. The villagers and soldiers gathered in one of the few shady spots available.

It was at these gatherings that Greene, in his role as rebuilding specialist, would have an opportunity to ask villagers about their needs and develop plans to help them with such things as accessing fresh water and medical supplies.

To show respect during these meetings – called shuras – all soldiers would remove their helmets. Greene sat down on the dirt and laid his helmet to the side. Just as he started to ask his first question, a 16-year-old boy stalked up behind him, and with all his force pitched an axe into the back of Greene’s head.

All hell broke loose. The young attacker was shot on the spot. Greene lay on the ground, part of his skull missing and pieces of brain matter splattered on the ground.

His life became a dizzying array of emergency airlifts, surgeries, hospitals and rehabilitation centres. He almost died three times and, in the early days, there was little hope he would emerge from his coma.

Greene has defied the odds. He is not only still alive, but has recovered his ability to speak, to move, to stand and to squat. This spring he released a book with his wife Debbie, called March Forth. Together, they document his life story and the ups and downs of his remarkable recovery.

With a gym in his garage, Greene religiously dedicates several hours a day to his physical rehabilitation. The part of his brain damaged by the attack is the area that controls movement in his limbs. “I begin my morning at 7:30 on the bike using my hands to cycle,” he says. Then he goes on to several other exercises and movements to build muscle, flexibility and control.

“My right side is still not as good as my left. I was right-handed before.”

Meanwhile, he is also part of a study with the University of Victoria. Researchers there have been using magnetic resonance imaging to study how other areas of Greene’s brain are slowly taking over for the damaged part.

Like the rest of Greene’s story, the researchers are in awe at how he is defying conventional medical wisdom. For years, physicians believed brains only had a short window for recovery after an injury. But six years later, Greene’s brain continues to rewire itself and he continues to improve. Being able to walk again is the next goal.

Not surprisingly, Greene has little memory of the actual attack. In fact, he has no memory of events between March 2006 and August 2007. Even his days in Afghanistan are hazy. “The memories are like small vignettes. Brief bursts of grainy images.”

It is interesting what memories have lingered. Greene tells me about a night when he and some other soldiers were shooting the cannon on their LAVs (light armoured vehicles) as part of an exercise.ling to collect the steel casings,” he recalls in his soft, measured voice. “They would turn them into objects or sell them for the scrap metal. But they were collecting these while we were actually still firing.”

He also remembers how his interest in educating young Afghan girls was often met with laughter or scorn. Prior to the deployment, Greene had read several studies on how investments in girls yielded the greatest long-term benefits to a community. He made it his personal mission to find a way to improve opportunities for girls while in Afghanistan, a country notorious for its oppression of women.

All those dreams were cut short by the blade of an axe. His mission would remain unfulfilled. There would never be another opportunity – or so it seemed.

In 2010, Greene and Debbie got an unexpected call. It was from a lawyer who told them that his recently deceased client, a James Motherwell of Vancouver, had heard Greene’s story and was so moved that he had left the former soldier a $100,000 bequest in his will.

“At first we thought it was a joke,” recalls Greene. But when it became apparent the money was real, there was no doubt in their minds as to what they would do with it.

Rather than put the funds toward meeting their own needs, Greene and Debbie used the gift as seed money to create the Greene Family Education Fund. They set up an endowment fund at Vancouver Foundation, where the income generated from the fund is used to support scholarships for women in conflict zones to become teachers. “And to ensure that children have access to education to break the cycle of poverty that makes them beholden to their oppressors,” says Greene.

“We did research and picked the Vancouver Foundation because of its long history, being Canada’s largest and one of the oldest on the continent,” says Debbie. “As well, we wanted to stay close to home with a reputable organization with years of experience.”

The Greene Family Education Initiative recently awarded its first scholarship; it went to a 16-year-old Afghan girl named Farifa, who is currently studying English and computers, and aspires to become a teacher in her country.

Over time, they hope to raise $1 million for the initiative. Sales of the book should help with that.

“I want to finish the mission,” Greene says affirmatively. “This is my way of doing it.”

We end our two-hour conversation on the subject of forgiveness. Is it possible to forgive someone who has done so much harm to you? Who has changed your life forever? Greene replies without hesitation: “I needed to forgive that young boy in order to move on.

“He was the kind of kid I was there to help,” Greene adds with an empathic tone in his voice. “His only hope for a better life was to kill an infidel. That was what he was brainwashed to believe.”

Greene – the “peace warrior,” as he has been called – went to Afghanistan to help people in that war-torn country have a better life. He will never go back. As he puts it, “I barely made it out the first time with my life. I don’t want to push my luck.”

But Greene is finishing the mission, although in a different way than he could have ever imagined. VF

If you want to help Captain Trevor Greene finish his mission, go to www.vancouverfoundation.ca/greenefamily. Or, if you have a mission of your own, call Calvin Fong at 604-629-5357