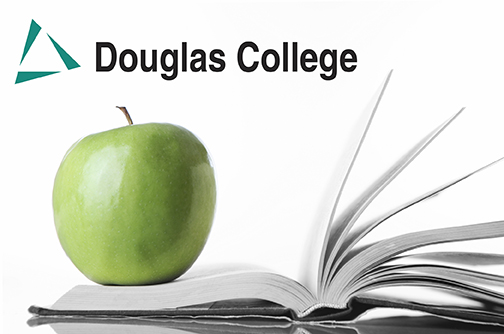 “The leaf is like a cup with a little flower that comes right out of the middle,” she says, rounding her hand and tracing an imaginary stem with her fingers. She adds that because the plant is high in vitamin C, First Nations peoples shared it with the miners and settlers to help them ward off scurvy. “I don’t know why it’s one of my favourite plants. I just feel connected to them.”

Sharon knows how hard it is to grow in shady places, but since returning to school something has changed. The 50-something woman has the unbridled joy of someone newly unleashed. And she has a vision: she wants to study ethnobotany at UBC and use her knowledge to write and illustrate books on First Nations plants.

“After the breakdown of my marriage I tried going back to work, but in order to get back into the workforce I had to upgrade my skills. So I thought, if I have to go to school anyway, why don’t I follow my dream?”

Government loans helped her avoid welfare, but there were still rent and bills to pay, textbooks to buy, and a daughter and granddaughter to support. With rent of $775 a month and student loans totalling just over $1,000 a month, she has just a couple hundred dollars left for everything else.

That’s where Douglas College Foundation came in, providing over $5,000 worth of financial assistance to Sharon since she returned to school.

“I wouldn’t make it through the month without the bursaries,” she says. “It relieves a lot of stress and anxiety over finances or having enough food to eat, not only for me but for every student that receives a bursary. And by doing that, the Foundation enables us to do a better job. It enables us to focus on our studies. That’s where it’s been a great relief for me.”

Sharon is one of more than 1,800 students a year who receive financial assistance from Douglas College Foundation. Hazel Postma, the college’s vice-president of external relations, says the Foundation is able to provide support to 15 per cent of the college’s 12,000 students at its two campuses in New Westminster and Coquitlam.

“The raison d’être for our Foundation is bursaries and scholarships,” says Postma, “and 95 per cent of our funds go directly to helping students. The rest buys equipment essential to specific programs.”

With over $10 million in investments, the Finance Committee at Douglas College Foundation decided to move close to $6 million into an agency endowment at Vancouver Foundation last year, adding to a previously established fund there.

Initially, Douglas College Foundation considered managing its own endowments, but realized that many of the investment firms and advisors they were looking at were already involved with Vancouver Foundation. “You had the investment bankers, the fixed income and the equities advisers we were considering. We have $7 million and you have more than $700 million, so you will get better rates. It seemed sensible to us to take advantage of Vancouver Foundation’s expertise, as well as the economies of scale,” says Postma.

The need for financial assistance at Douglas College is greater than ever, says Postma, because the college now has nine degree programs, which means more students are staying for four years instead of two. Many attend part time while working. Some are the first in their families to get a post-secondary education. Others are immigrants, single parents, or mature students like Sharon.

For Sharon, the support she has received from Douglas College and its Foundation has helped her choose a new path and reconnect to her First Nations heritage.