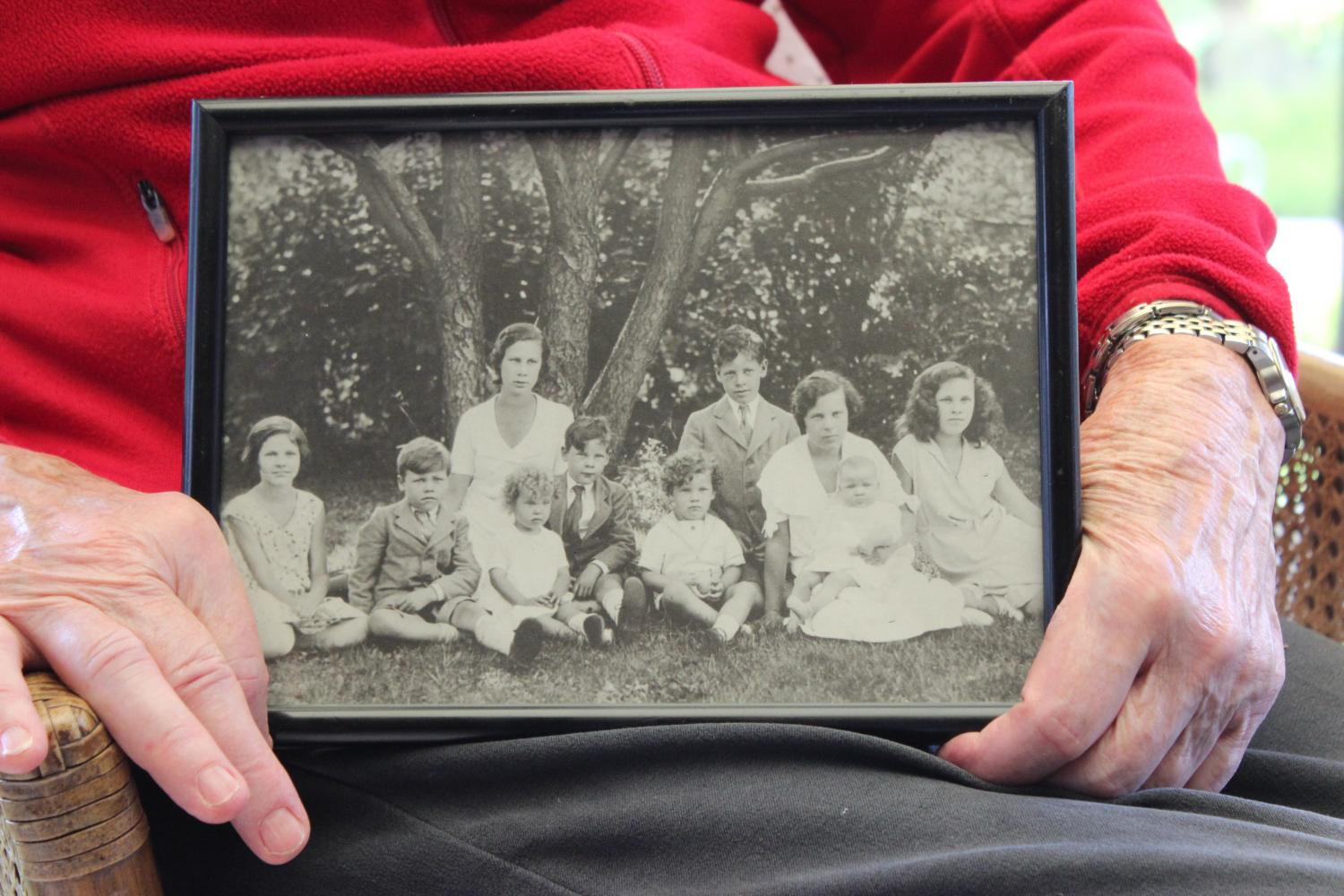 At 82, Sheila Ross moves a bit more slowly now. But her wit, her sense of humour and her memory show no signs of slowing down. Some things she remembers as clearly as if they happened just yesterday. For instance, her seventh birthday – Ross remembers she wanted a bicycle. But her father had other ideas.

F.R. Graham was an important financier and industrialist in pre- and post-war BC, and the owner of Union Steamships. In the days before BC Ferries, his boats were one of the few links to the outside world for countless island and coastal communities. He was also the father of 13 children, of whom Sheila was the 10th.

Graham believed one was never too young to learn about business and to learn about giving back to the community. So for her seventh birthday, Ross received not a shiny new two-wheeler, but something “much better” – she got shares in Canadian Pacific Railway.

Graham showed considerable vision, if not sensitivity, in his choice of birthday gift. Youthful disappointment aside, those shares have appreciated considerably since 1938, and Sheila has used them for a variety of charitable donations.

In fact, she now uses shares and securities for all her donations. The Canada Revenue Agency provides an extra incentive to those who donate shares. By taking advantage of this,

Ross has realized significant tax savings over other methods, such as writing a cheque. This strategy has enabled the family to give even more over the years.

That original collective donation of $101,000 grew over time. Now, 70 years later, Vancouver Foundation is Canada’s largest community foundation, with assets of $814 million. Donors like Sheila Ross are continuing that long family tradition of giving back to the community, honouring the vision of Alice MacKay and F.R. Graham.

“I think the Foundation is great. They look at the community and they see what the needs are,” says Ross. “I’m impressed by the Neighbourhood Small Grants program.” Ross is an active woman. Four children and 12 grandchildren keep her and husband Bob busy. She plays bridge, golfs three times a week in the summer and does Pilates twice a week. She gives to literally dozens of charities – usually anonymously – under the cloak of a cleverly titled fund at Vancouver Foundation that doesn’t identify her. And she is surprisingly high-tech in her philanthropy, tracking her donations using the Foundation’s My Philanthropy website.

“My mail never comes without something in it,” she says. “Usually two or three big grant requests. I also get a lot of letters from people, and notes from friends on where I can spend money.

“You know, I’ve often wondered why people don’t give to a charity in honour of someone, and do it while the person is still alive, rather than in their memory, so they can see the difference it makes.

“It’s pretty hard to live in this world without giving back,” Ross muses. “I have everything I want. Travel isn’t as appealing as it used to be. And I want to give back to the community.” To do that, Sheila Ross seeks the advice of the experts at Vancouver Foundation. She uses their expertise and contacts in the community to find out where the greatest need lies. “They look after us very well. I feel like our donations are being well used.

“Can I show you something?” she asks. She disappears into another room, and returns with some photos. “Look at these. This is something I like to do.”

She proffers a picture of a rainy schoolyard. Someone is being interviewed by a TV crew. It’s obviously a miserable day, but there are children on a new swing set and they seem to be having fun. “The Foundation sent this to me,” she explains, pointing out a figure in dark blue fleece and a toque hovering in the background of the photo. “Isn’t that something? That’s me!” she says with more than a hint of childish delight.

Ross smiles broadly. “That’s what I like to do. It’s funny you know – apparently there was another donor who helped with the swing set. I never did find out who it was.” VF

If you would like to learn more about how you can give back to your community, call Peter in Development Services at Vancouver Foundation at 604.629.5357, or visit our website at vancouverfoundation.ca/give To learn more about donating securities, see page 31 of this issue.