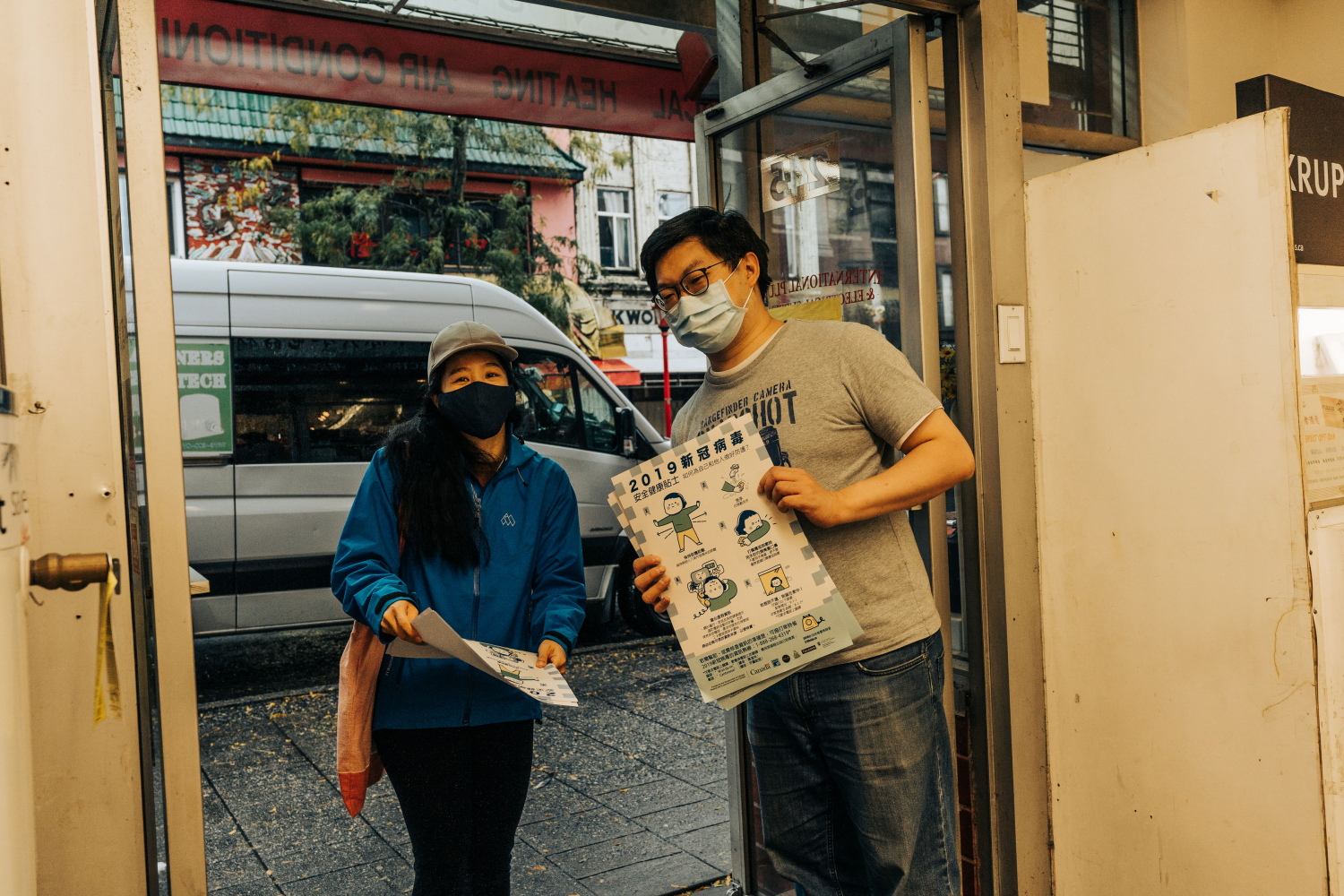 Story by Jenny Lee-Leugner. Images courtesy of the featured organizations.

Despite challenges posed by COVID-19, charities and non-profits have proven that innovation is possible through sheer determination and commitment to community. With support from the Community Response Fund (CRF), they were able to stay in motion and start rebuilding for the future. For some charities, their pandemic pivots are showing long-term promise as more permanent initiatives.

From translating information to anti-racism work

The hua foundation empowers youth from the East Asian diaspora to advance social change. When the pandemic first began, hua foundation joined the C19 Response Coalition to translate the most up-to-date information about COVID-19 from credible sources (the poster pictured above is one such product created by the coalition). This included the province’s restart plan and emergency financial support options. A grant from the CRF enabled them to expand this initiative to include Tagalog and Vietnamese languages.

“There’s a gap in community around information and understanding of what’s going on,” says Kevin Huang, co-founder and executive director of hua foundation.

As anti-Asian sentiment spiked with the onset of the pandemic, the C19 Response Coalition and hua foundation saw an opportunity to build solidarity between Asian communities with the hopes of tackling anti-racism work together down the line. While the project may have begun as an immediate response to information needs, it’s now laid the groundwork for addressing other pressing issues that will have a long-term effect on community resiliency.

“One of the many symptoms of colonialism and white supremacy I see is that many racialized communities are segregated from each other. When we do want to work together, it’s often through White institutions,” says Huang. “[This project] has been a healthy space to learn how we can do this work alongside each other. What’s stopping us from building connections with one another?”

While the C19 Response Coalition may have begun as an immediate response to information needs, it’s now laid the groundwork for addressing other pressing issues that will have a long-term effect on community resiliency.

The urgency of finding new ways to support the community during the pandemic was also felt on Gabriola Island, which houses one of the largest concentrations of artists in Canada.

“Art is a vehicle for how people come together, especially in rural communities,” says Carol Fergusson, executive director of Gabriola Arts Council, a non-profit supporting the arts on Gabriola. “People know the artists. They’re neighbours, they see each other at the grocery store or coffee shop. Art is what’s going to get us through this: to help soothe our souls, a respite from all the chaos of what’s going on right now.”

Gabriola Arts Council’s biggest pivot was moving the Thanksgiving Studio Tour, their annual flagship event, online. Cancelling the tour, which is celebrating its 24th year, has been devastating for artists who rely on the event to help support their livelihoods, and for the community whose social fabric heavily depends on the arts.

Usually, people can visit up to 90 artists in-studio as they showcase their work. This year, artists will be featured along with a 360-degree view of their studios. Now, Gabriola Arts the platform is a permanent initiative. Visit the artist tour website here.

Support charities like this by donating to the Community Impact Fund here.