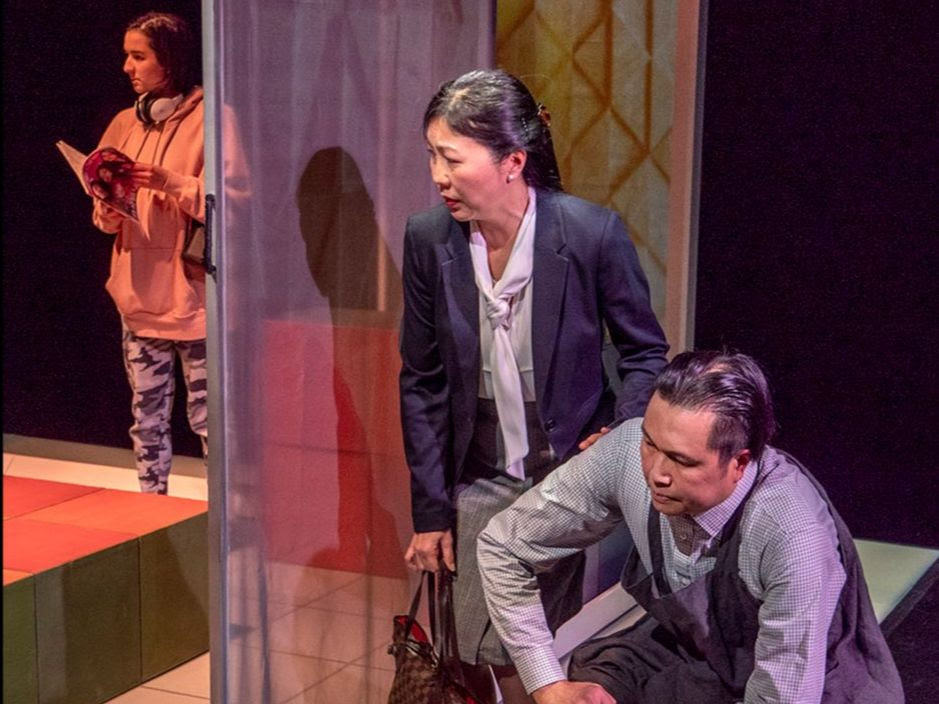 Representation Behind the Scenes in the Arts Matters

According to Vancouver-based theatre actor and director Anjela Magpantay, there’s a hard-to-describe “unsaid flavour” in the room when creating a play that tells Filipino stories with a cast and crew who are also Filipino—one that is a rare joy.

“Your work and the director’s work is moving towards the closest thing to a cultural truth. And I feel like in the theatre, we’re looking for truth and empathy and connection. And so it feels like that connection is even more genuine,” says Magpantay.

Outside of Asia, Vancouver has the highest population of residents with Asian heritage than any other major city—yet this isn’t reflected on our stages. Despite an abundance of Asian-Canadian talent, Vancouver’s theatre community remains overwhelmingly white.

The Vancouver Asian Canadian Theatre (vAct) has been working to dismantle the lack of diversity in Vancouver theatre through their Emerging Directors Program. The program aims to provide directing opportunities for Asian-Canadians in theatre while receiving mentorship to build their skills and confidence.

It also focuses on creating more Artistic Directors, one of the most influential positions in theatre as they both curate and direct shows.

“Our artists are often qualified to do the former, but unable to do the latter due to lack of experience. Our program will give Asian-Canadians the opportunity to gain experience directing, benefit from mentorship, and disrupt the whiteness of leadership in Vancouver theatre.”

Our program will give Asian-Canadians the opportunity to gain experience directing, benefit from mentorship, and disrupt the whiteness of leadership in Vancouver theatre.”

Magpantay was vAct’s first Directing Mentee through the program. Magpantay was already contributing to vAct as an intern and working with director Amiel Gladstone to produce a mainstage play. Knowing Magpantay’s interest in directing, Yamamoto suggested she work with Gladstone in a mentorship.

“I wish I had this type of program available to me when I first started out in the industry,” says Yamamoto. “It would have been a game changer.”

“Donna Yamamoto is amazing, because she is so intuitive in knowing the trajectory of the emerging artists that’s in front of her, and she has the resources to assist them,” says Magpantay.

Through the Emerging Directors Program, vAct pays the mentee a living wage for the duration of their Assistant Directorships, eliminating a common barrier for theatre artists of colour. They also provide their mentees with a connection to Studio 58, a leading conservatory program in Vancouver, who will consider mentees for directing opportunities. “My growth, I find, because of this program, has excelled. If this program didn’t exist, I would probably still work with Ami[el Gladstone], but probably seldom because time here in Vancouver pays rent. So I have to prioritize how much free work I can do. When you’re an emerging artist, you have to do so much free work,” says Magpantay.

Better representation on the horizon

vAct occupies an important place in Canadian theatre as a nationally-touring company. Not only have they produced critically-acclaimed shows, but their mandate is equity-focused, working to advance public appreciation of the arts through an Asian-Canadian lens, and creating significant artistic opportunities for Asian Canadians.

Magpantay is currently working as Assistant Director for Bad Parent, a play by Ins Choi, creator of Kim’s Convenience. “It’s empowering,” she says, “because we have Asian Canadians in the room, amazing Asian Canadian talents.”

For artists like Magpantay, theatre is a place where they see little representation on the stages and so she’s grateful for programs like this one.

Fortunately, with the help of vAct’s program, representation on Vancouver’s stages will start to shift over the years—giving talented and passionate people like Magpantay the opportunities they’ve long deserved.