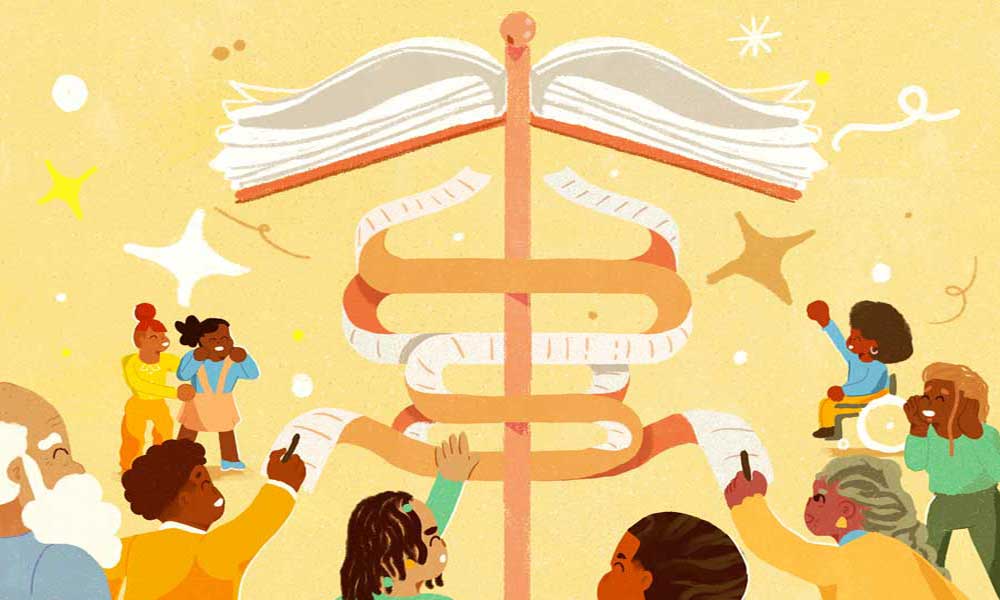 “The origins and traditions of public health were not designed for Black communities,” says Gideon Quaison, a core member of the Black Public Health Collective. “[It was] founded in settler colonialism and slavery.”

Public health today protects the health and wellness of the general population, typically focusing on promoting the prevention of injury and illness. As a broad field, it’s made up of educators, scientists, epidemiologists and more. But public health tends to also draw a line around who is considered part of the population they protect. Canada’s public health sector has created many structures with the intention of protecting white populations. This included segregated hospitals and forced sterilization practices on Black and Indigenous populations to pushing vibrant, predominantly Black communities like Africville in Nova Scotia, to the margins.

However, it doesn’t often dig deeper into connecting how factors like systemic racism might keep a population from becoming healthier. Canada’s policies and public health sector have had a history of pathologizing and disproportionately negatively impacting Black and Indigenous people. The present-day outcomes of public health’s history are twofold: Black people experience worse health outcomes, and Black communities have developed their own means for supporting themselves. These are major differences often not accounted for by the policies and practices within public health.

One root cause to address is the public health curriculum. While earning her Master’s degree in public health, Ilhan Abdullahi, also a core member of the Black Public Health Collective, noticed “a kind of erasure of Blackness in public health.” As learners carry this gap in knowledge with them into their professions, Ilhan writes that this can translate into the kind of one-size-fits-all approach that so many health promotion campaigns are designed with.

As such, one of the Black Public Health Collective’s strategic directions is to develop a new action-oriented Black Health Curriculum for learners both within and beyond universities across Canada. For the Black Public Health Collective, the new curriculum must go beyond simply including information and statistics specific to Black communities in textbooks. One vision for a future curriculum is that it will become “a robust repository of knowledge informed by lived experience and a legacy of [community] organizing,” writes Gideon. Being able to teach public health learners how to address systems and use a critical race lens may just give them the tools they need to act in a way that addresses the root causes of health inequities.

For now, most of Black Public Health Collective’s work is happening behind the scenes. The team is in communication with universities all across the country to understand how they can fill the gaps of knowledge.

Action is just as important as learning

For real change to occur, action needs to happen. Black communities have made clear recommendations and demands to policymakers and public health practitioners on how the systems need to change to meet their needs, but very few have been implemented. Education that sets people in motion to change the system is what will help realize the Black Public Health Collective’s mission: a higher quality of life for Black people and the “positive end of Black unfreedom.”

The Black Public Health Collective advances the ask for fundamental change: to make room in public health for abolition work that divests resources from policing and prison systems that cause harm and re-invest in ones that support communities instead.

To start thinking differently about where funding goes, people must first expand what they think of as public health. Beyond traditional institutions like hospitals, health authorities and clinics, many grassroots initiatives and community health centres also contribute to the health of a population and are deserving of funding. Community-based organizations are often places that offer caring, safe, and culturally appropriate environments that all lead to better health outcomes.

These far-reaching effects of systemic racism in public health make it a field ripe for fundamental change at every level. Ilhan senses that things are shifting in all the right ways. As the Health Program Manager at Radius SFU, she’s seeing more and more people working on innovations that solve social issues. Most importantly, these new faces are deeply grounded in and committed to their work, because they’re from the communities that face these issues on a daily basis.

With different ideas and ways of thinking coming up in social innovation, it hopefully won’t be long before the traditional public health sector catches up. For now, the Black Public Health Collective is working to build momentum by seeking out people with similar values in the field – or to quote Gideon, “co-conspirators.”

The Black Public Health Collective received a LEVEL BIPOC Grant for their work in advancing racial justice. The organization is not currently accepting donations, but the team encourages you to think through what it means to truly be in solidarity with Black communities and how your actions contribute to creating a society where we can all be happy, healthy and free.

*Both Ilhan and Gideon have requested to be referred to by their first names.