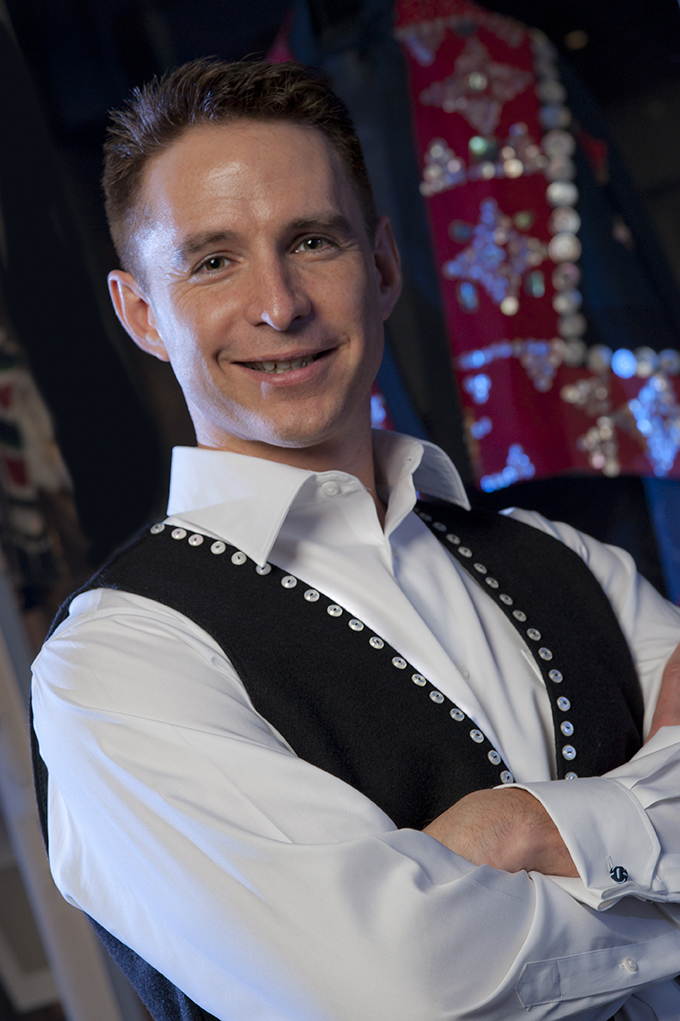 Board of Directors, Paul Lacerte

Confident, self-assured, polished – Paul Lacerte looks like he belongs in a corporate boardroom, dealing with tough negotiations and strategizing mergers.

At 40, he is one of the youngest members of Vancouver Foundation’s Board of Directors. But don’t let the youthful face fool you. He leads one of the largest aboriginal service organizations in Canada. He negotiates with government leaders and influences large charities. And thanks to his efforts, Canada earned a coveted seat on an important United Nations forum. When Lacerte talks, people listen. His presence is at once calming and authoritative, and he imparts a wisdom that is steeped in ancient traditions.

But it wasn’t always this way.

Lacerte grew up in northern B.C., in a small town straddled by two reserves of the Carrier Nation. Born to a Lebanese mother and a First Nations father, he was one of six children. A family of mixed heritage was still a rarity in those days.

“For the majority of my life, it’s been profoundly challenging,” he says. “Growing up as a ‘half-breed,’ you deal with the violence at home, having a parent who is a residential school survivor. And when you go to school, you have no place to go. You’re not with the white kids, and you’re not with the aboriginal kids. The white kids call you ‘chief ’ and the aboriginal kids call you ‘the dirty white boy.’”

In his twenties, transitioning from small town life to the big city of Victoria, Lacerte tried to navigate his mixed heritage differently. He joined the native student union at the University of Victoria, where he studied political science. But he was disturbed by what happened in the classroom.

“Students and professors thought they could say anything about aboriginal people because it didn’t appear there were any aboriginal people in the room,” he recounts. He responded by growing his hair long, and becoming “a really long-haired, angry traditionalist.”

With maturity and experience, however, Lacerte’s approach to his dual heritage changed. “It was really about self-acceptance,” he says.

This was due in part to the spiritual training he received from his uncle Jack, who, like his father, was a residential school survivor. Under Jack’s mentorship, Lacerte became a student of his people, learning the Carrier language, traditions and ceremonies.

He took part in the summertime fasting ceremony – four days and nights in the bush with no food or water, a process he likens to a “controlled near- death experience.” The practice is a rite of passage for the Carrier people, and it continues to be a source of spiritual strength for Lacerte today.

It is this spiritual grounding that has changed his perspective on his mixed heri- tage. “Now, I just see it exclusively as a gift,” he says. “I’m a genetic bridge, so I feel I can play the reconciling role and walk in both worlds.”

In his 17 years at the helm of the B.C. Association of Aboriginal Friendship Centres, Lacerte has grown the centres into the important service providers and gathering spaces they are today. “At the Friendship Centre, everyone’s invited and you’re accepted,” he says. “Nobody says, ‘show me a card’ or ‘show me a status number’ to get a certain service. That validation, especially for mixed-blood people, is so critical.”

He has also extended this work to the international stage, collaborating with the national executive of Aboriginal Friendship Centres to earn a seat for Canada on the United Nations Permanent Forum on Indigenous Issues. He also became the aboriginal repre- sentative on B.C.’s Government Non-Profit Initiative. It was at those meetings that he came to the attention of Faye Wightman, Vancouver Foundation president and CEO, who co-chaired the initiative. She invited him to sit on the Foundation’s Board.

“I was honoured, and yet I was more than a little intimidated by the wealth,” remembers Lacerte. “I came from a poor family. And then you go to a table like that where most have likely not had an aboriginal person in their home.”

Lacerte sought advice from his uncle on how to approach his new role. “He told me, ‘When you start a journey with somebody that is important, you do two things: you give a gift – a gift that comes from the heart, that has integrity to it – and you eat together. These are two things that connect you, that let the person know what kind of person you are, and prepare you for a long journey – a sustained journey – together.’ ”

At his first Foundation Board meeting, Lacerte gave everyone a pouch decorated with a feather. It contained dried moose meat that his family had hunted, prepared and cured during a recent sum- mertime visit to the Carrier community. The gesture was warmly received. “Next thing you know, they’re all sitting there chewing on this moose jerky,” Lacerte recounts, grinning widely.

Lacerte has also brought a fresh perspective to meetings at the Foundation. He always includes a declaration about his people and the work that he is doing with Vancouver Foundation and in the community.

“It’s partially a duty and partially to try to ground people,” he says. “I go into all sorts of meetings and people want to hurry up and get down to business instead of understanding who it is that they’re with and building a little bit of humanity in the space. Sometimes they don’t even introduce themselves . . . the more connectivity and synergy you build amongst well-intentioned people, the better chance you have at the outcome.”

Lacerte’s philosophy of connectedness and human compassion is what makes him such a strong ambassador for Vancouver Foundation. He believes there is a need for change in how we view the care of people in our community; that we must move away from relying on the ‘system,’ and take more personal responsibility.

“Then we start to change how we think and feel about our neighbour,” he explains. “And replace fear and suspicion with love and compassion, and a spirit of sharing with our neighbour.”

Lacerte takes this message everywhere he goes. He has lived it, and knows the sentiments intimately. He has come a long way in the journey to find his rightful place. As a successful leader, he straddles two worlds, two cultures – the Carrier Nation and the boardroom – and has won the respect of both. VF

I am so inspired by how he brings people into his realm. He has a way with people and he has given up on feeling not sure of who he is. He has excepted the bridging theory. nice!

It makes me happy to hear someone like Lacerte standing up for us and making a difference.